I have a new MacBook Pro M1 with Big Sur v11.1. I got Filezilla to work fine on my PC and my old MacBook Pro, but the MacBook M1 gives the Error: fzsftp could not be started Error: Could not connect to server. I was wondering if anyone else has had issues with the latest M1 chip? Thanks.
Top

I'm having the same issue, I've been using the same mac book. Was able to get on before.
Top

M1 chip is an entirely different architecture (ARM-based). There is no native FileZilla for ARM, and there possibly never will be.

Of course, there's Rosetta 2, looks like there are still some problems and incompatibilities. If they can be resolved needs to be determined by the dev, but probably, Apple needs to take action. Should they at one point decide to remove the Rosetta emulator completely (as they've done before with Rosetta 1), FileZilla on Mac would vanish.
### BEGIN SIGNATURE BLOCK ###
No support requests per PM! You will NOT get any reply!!!
FTP connection problems? Do yourself a favor and read Network Configuration.
FileZilla connection test: https://filezilla-project.org/conntest.php
### END SIGNATURE BLOCK ###
Top

Make sure to update to the most recent version of FileZilla.

A native build for ARM-based Macintosh PCs will come soon after such devices are available in stores that accept SEPA payments.
Top

I'm running FileZilla without issue on macOS 11.1 on a Mac mini m1.
Top

Try connecting to an SFTP server. Does it work?
### BEGIN SIGNATURE BLOCK ###
No support requests per PM! You will NOT get any reply!!!
FTP connection problems? Do yourself a favor and read Network Configuration.
FileZilla connection test: https://filezilla-project.org/conntest.php
### END SIGNATURE BLOCK ###
Top

I had this issue on my mac mini M1 (specifically with sftp not ftp), but I closed down Filezilla, then opened it again and it connected this time.
Top

Hi All, I have a Mac Mini with M1 running 11.2 and FileZilla Pro 3.52.2. I can connect just fine, but there are a few files that consistently fail to upload. My experience with this, thus far, is limited to Wordpress uploads. The files that fail consistently are:

Out of curiosity I tried making an arm64 build of FileZilla myself and it works perfectly fine using homebrew for the dependencies (except for libfilezilla of course) and the latest svn trunk source code. Built with no issues at all, the only tricky bit was working around an extremely annoying code signing bug (it's happened to me before) which will cause codesign_allocate to crash. All you have to do to work around it is copy the file that's causing it to crash to another directory, sign it there, delete the original file, and then move the signed copy back in. I had to do that with libidn.12.dylib, libfilezilla.12.dylib, and libwx_osx_cocoau_adv-3.0.0.5.0.dylib.

If you don't want to bother with all that, I uploaded the version I made here (using itself, of course): https://shermanikk.net/stuff/FileZilla-macos-arm64.zip

Usual caveats with untested builds applies, I don't promise this won't set your dog on fire and turn the sun into a black hole or cause diabetes, etc.

Your build does not seem fine, various texts in the UI are truncated.
Top

Where? The only one I can see is the compiled on/for lines in the about dialog, and that's just because it's longer. Checked all the context menus, preferences, etc. and it all looks fine. Some screenshots for comparison would help. Also what scaled resolution are you running? I took all those screenshots at 1680x1050 on an M1 MacBook Air.
Top

sorry for the double post, I went back and looked and you are right. There's something very odd about the font rendering for some UI elements, note the tabs for the file transfer lists at the bottom of the window: 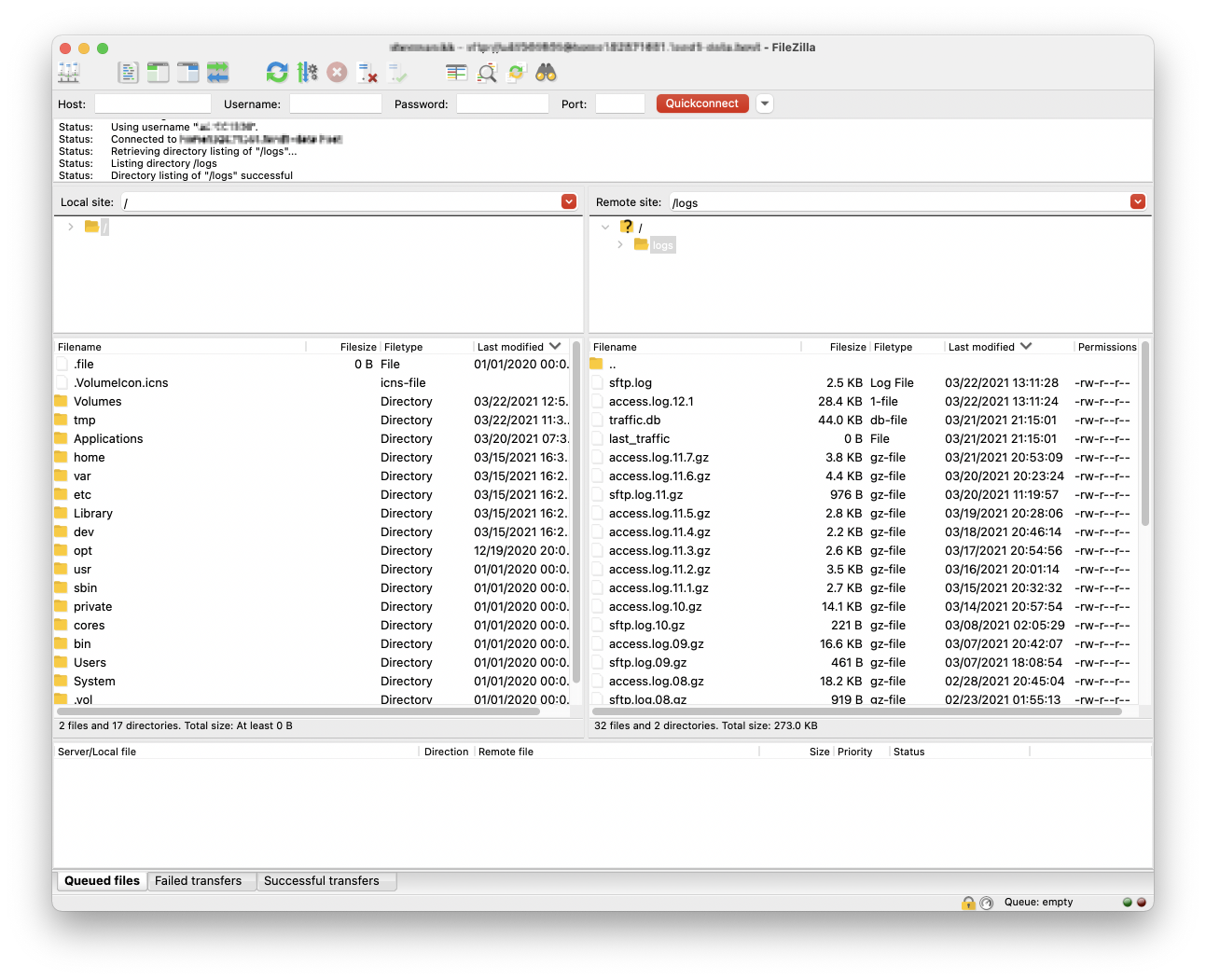 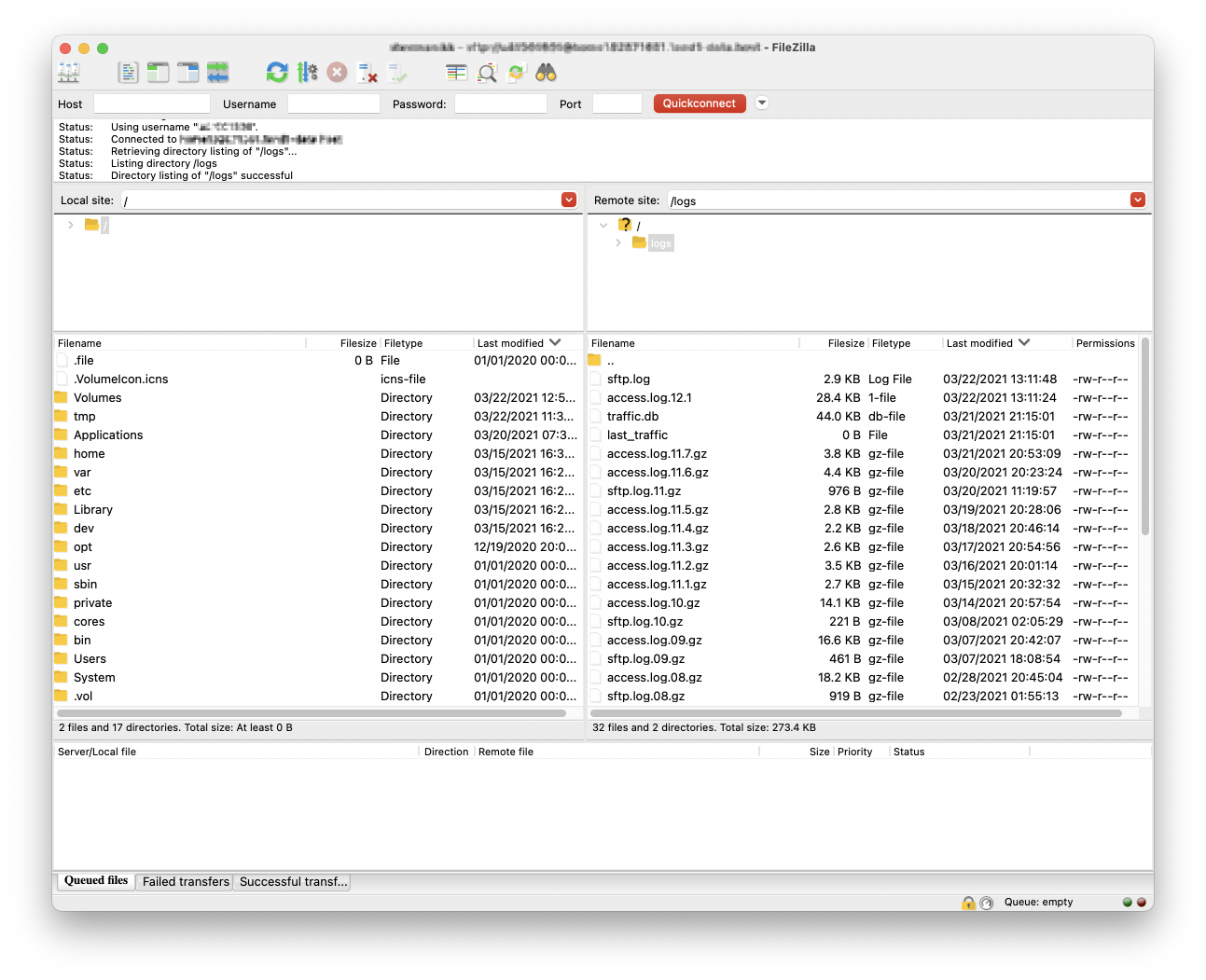 For some baffling reason, my build is using some random serif font that doesn't match the rest of the UI, while the Intel one does. That's what's causing the truncating issue, as seen on the "Successful transf..." tab. I think it may have something to do with using the Homebrew build of wxWidgets so I'm going to do a manual build of version 3.0.5.1 (same as the official release uses) following the wiki and see if that fixes it.

edit: and this rabbit hole seems to go deeper, checking the About box in the official build says it's using wxWidgets 3.0.6 which doesn't fucking exist. Latest stable version is 3.0.5.1 and development is 3.1.4 (and also doesn't work with FZ at all). I went and grabbed the source to the same build, 3.53.1 and it still has the same font issue as the svn trunk version. I'm 100% sure this is a problem with wxWidgets but unless I'm insane, there's something very odd going on.
Top

Sorry it took me a while to try this out, just been busy. Finally had some free time though. It seems to have fixed the incorrect font usage in the transfers area that was causing the truncated tab labels, but the "About" page seems even more messed up. Other than that one issue, everything else looks good to me. Here's my latest build that includes this magic patch: https://shermanikk.net/stuff/FileZilla-macos-arm64.zip

Hopefully that's done it for you as well!

Here's what the about page looks like for me, does it look like this for others? I'm running at 1680x1050 scaled resolution on a 13" MBA. 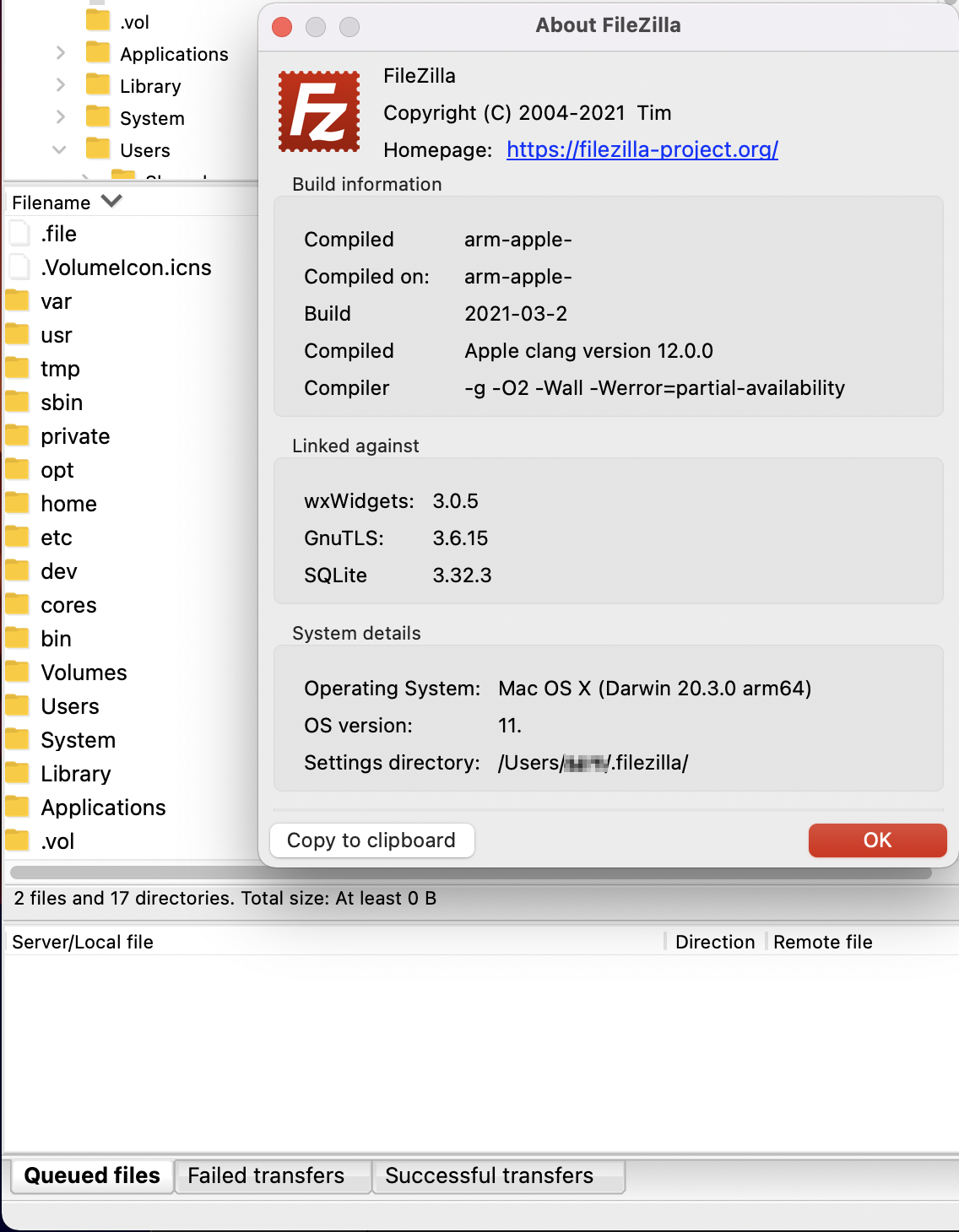